Is Organic Meat worth it? ??? Education on Making Conscious Meat Choices 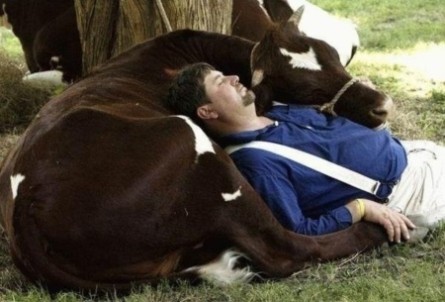 Is organic meat really worth the price?

The answer is: yes, organic meat can change your life! I used to be vegan but, today I do eat meat, and I consider myself someone who makes conscious meat choices. For me, this means choosing to eat organic, grass-fed, free-range animals products when I do decided to take a bite into a mouthwatering piece of steak. Once I understood what was going into conventional animal products, it became clear that organic was the only option. Conventional farming affects the environment, the animals, and us to a drastic degree. You don’t have to stop eating meat to make a difference, it’s as simple as changing which type of meat you’re eating.

What is in your meat?

Antibiotics that are produced aren’t just for humans, they’re also made for animals. In fact, in previous years the majority of antibiotics produced have gone to the treatment of animals. But why inject animals with antibiotics? The reasoning is twofold: (1) To compensate for the poor living conditions these animals are subjected to. These living conditions are cramped, filled with bacteria, toxins, and there are cases of animals living in their own feces. Of course, the animals become sick and antibiotics become a necessity. Unfortunately, once the animals ingest the antibiotics, you are also ingesting them. Why is this a problem? The consistent low dosage intake of antibiotics will create a resistance in us, making us vulnerable, and putting ourselves at risk for “superbugs”. (2) Antibiotics create a rapid growth rate for the animal. This means that giving an animal antibiotics will make it grow bigger, faster. It’s a standard “more bang for your buck” scenario.

Similar to antibiotics, animals are injected with hormones to increases the growth rate of the animal. The larger the animal, the more meat the animal supplies, and thus the more profit the farmer makes. Unfortunately, this comes at a cost. While natural, low levels of hormones are healthy, the constantly uptake of hormones through conventional meat can have serious health consequences for humans, including the development of cancer.

What about the environment?

As we produce animal products on a mass scale large portions of land are used to grow crops to feed the animals, as well as massive amounts of fresh water and land to raise the animals. After use, parts of the land will become spoiled due to an excessive amount of excretion from the animals. Overall, we use a vast amount of our resources to raise the livestock. It takes 7x more land to sustain a meat eating diet as opposed to a plant-based diet. What if we simply cut down on how much meat we eat per week? That would drastically change the amount of resources we use on meat production. Additionally, there is the contamination factor. As oppose to organic farmers, conventional farmers use a slew of pesticides, fungicides, and synthetic chemicals to ward off toxins. These chemicals leach into our soil, negatively affecting us as they climb the food chain. Our food becomes nutrient deficient and so we ourselves become nutrient deficient. This must change.

Is Organic Meat Healthier For You?

Organic animal products are much more nutrient dense than conventional meat. It is packed with B Vitamins (for energy), omega-3 fatty acids (helps build cell membranes), beta-carotene (antioxidant properties), and Vitamin E (boosts your immune system). Organic also means that there is no use of synthetic chemicals being used decreasing your load of toxins in the body. Hooray!

• It tastes better! Try cooking two pieces of meat: one organic and one conventional. You will notice the difference!

• It’s a healthier option for the environment.

• It’s a healthier option for you.

• Connect with your food.

What can you do?

You hold all the power in your hands. Vote with your dollar. Where you choose to spend your money impacts which industries thrive. Choose a local, independent farmer or grocer to buy your animal products from. As the demand for certified organic, grass-fed, free-range animal products increases, the price will drop. Toronto offers many organic butchers such as: The Healthy Butcher, The Village Butcher, and Medium Rare. You can also source your meat from a local farmer. Eating less meat per week will also make it more financially accessible to buy organic. It’s your choice. Vote organic!

Oops, you forgot something.

The words you entered did not match the given text. Please try again.